treet photography has quickly become a trend in pop culture and social media, as evidenced by the posts that we see daily on our Facebook and Instagram feeds. While it is traditionally known to be a photography style that captures candid moments of humanity and emotion, photographers have challenged this definition by capturing street images that are more carefully planned out and feature human subjects in a variety of public places.

Today, more people continue to try street photography. Whether it’s to take fashionable OOTDs in the city or to capture more serious material for photojournalism, it definitely gives the shooter an opportunity try different things and make use of the raw beauty of the streets to create compelling images. 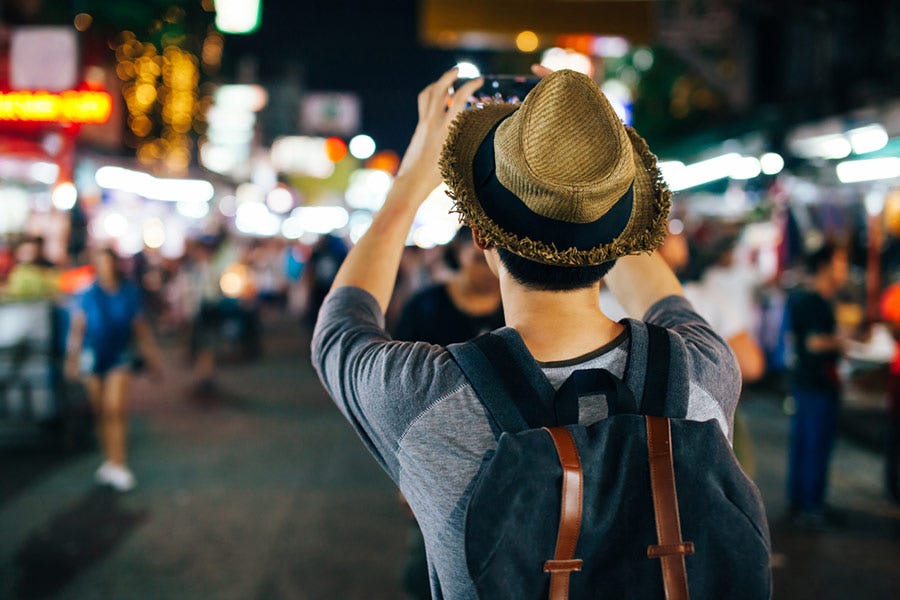 In this article, we’ll touch on all of the most commonly used cameras for street shooting and give you the pros and cons of each to help you decide which one is best for your needs.

Many might argue that the best camera for street photography would be the smallest one, but seasoned photographers will tell you to use whatever works for you. After all, we all have our own preferences when it comes to a camera’s functionality. Here are a few important things to consider when choosing between some of the most popular types of digital cameras. 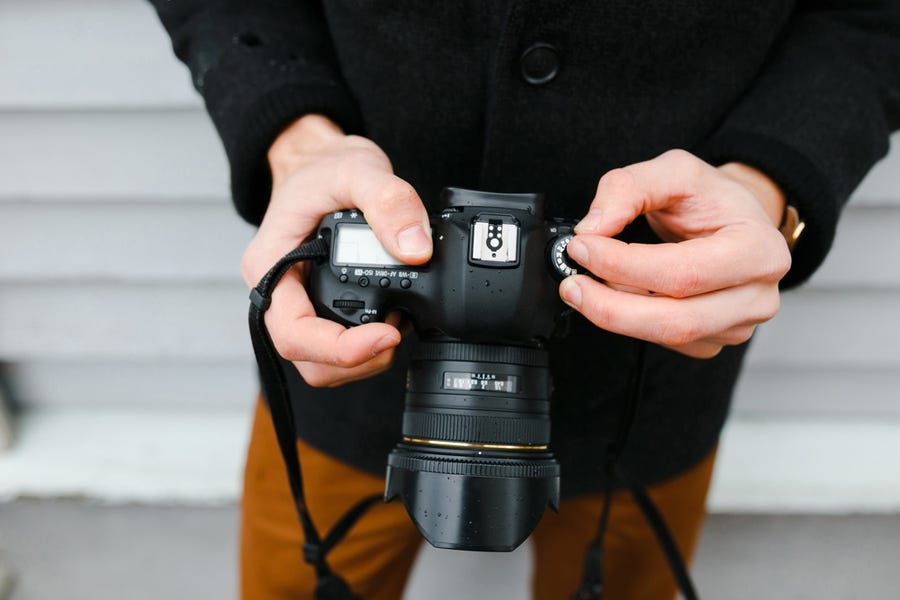 The DSLR takes the cake when it comes to image quality. It has a big image sensor that produces the largest images, plus it has tons of manual camera settings that allow you to have more control over the camera’s shooting behavior and image quality. The Nikon D750 ($1496.95), with its deep grip and tilt-out LCD, and the drool-worthy Canon 5D Mark IV ($3199) are premium DSLR options for street photography and many other imaging applications. 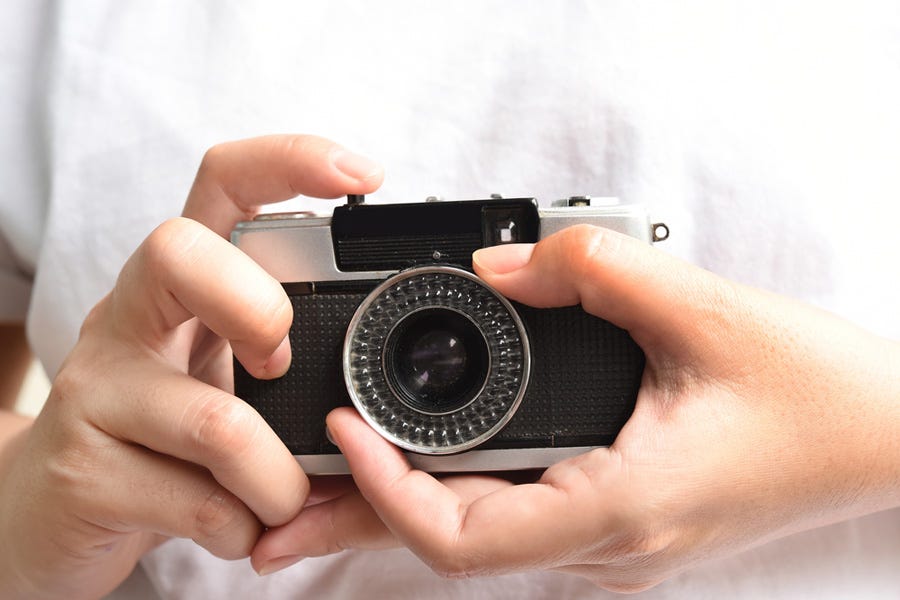 Before digital photography came to be, film was the way we produced our pictures. More importantly, film cameras were responsible for capturing some of the best street photographs in history. Film cameras have evolved alongside digital cameras, and now they’re considered to be the “different” approach to photography.

Highly popular camera models like the Mamiya 7 II and the classic Leica M6—upgraded to Leica M7 ($4550)—are still some of the best film cameras for street photography for their mix of analog and automatic manual camera settings, quiet operation, premium lens choices, and portability. If you have the budget for it, check out other Leica film cameras, as they typically produce some of the best cameras for street photography. 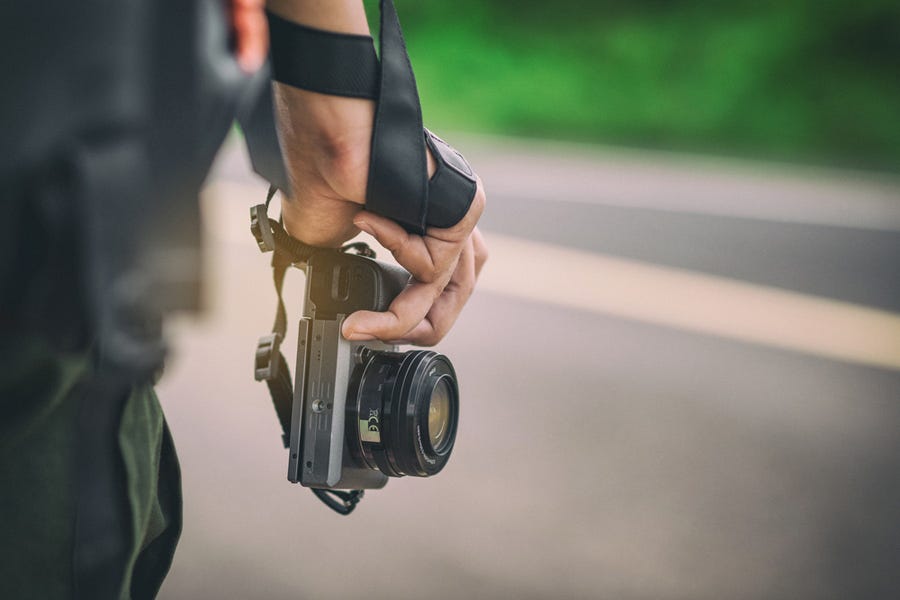 A mirrorless camera is designed to function like DSLRs, but without the internal mirrors, hence its name and more compact size. This also means they’re typically the cheaper (but not always) and more portable professional digital cameras, making them one of the best cameras for street photographers who want a combination of professional features and maximum portability. 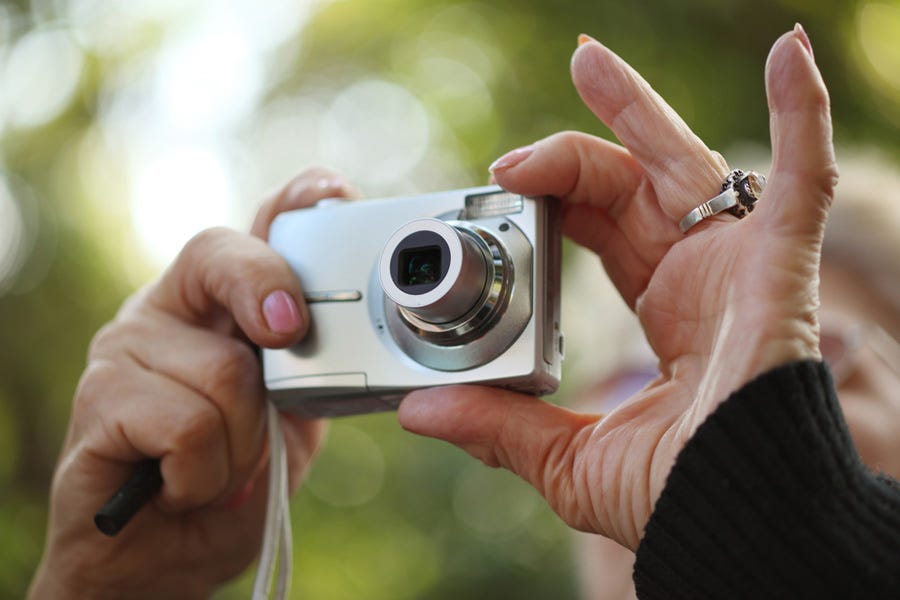 Compact digital cameras (also known as point-and-shoot or pocket cameras) are designed to be simple and user-friendly. All you need to do is point, shoot, then let the camera do the rest. Aside from being very handy, it has automatic functions and a built-in flash, so you won’t have to worry about complicated settings. The Canon Powershot G1 X Mark II ($649) and Panasonic Lumix DMC-LX100 ($597.99) are some of the most popular and reliable point-and-shoot cameras for many imaging applications, including street photography. 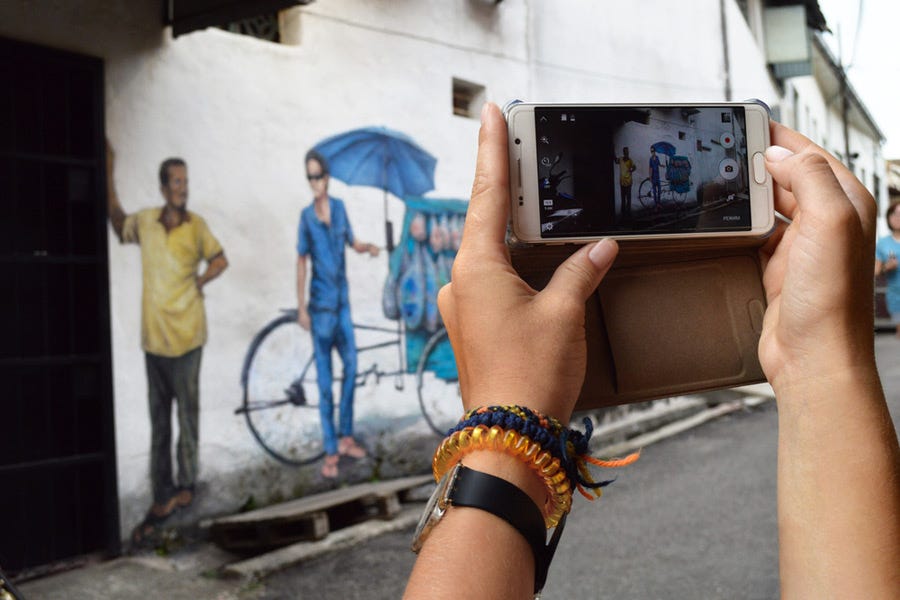 Smartphones seem to be giving other digital cameras a run for their money. Every time a new phone is released, it usually comes with an upgraded built-in camera, on top of many other functions and features that make it highly useful to consumers. For instance, leading smartphone brands Apple and Samsung recently released their iPhone X and Galaxy S8 phones, which feature high-resolution 12-megapixel cameras with an impressive maximum wide aperture of f/1.8 and f/1.7, respectively.

Characteristics to Look for in the Ideal Camera for Street Photography

Once you’ve decided on what type of camera you want to use for street photography, it’s time to narrow down the options even more. There are many brands and models within each camera type, but when choosing one specifically for the purpose of street shooting, it’s best to choose one that has the following characteristics:

Unlike other photography niches such as portraiture or architecture photography, street shooting requires the photographer to be on the move constantly. Due to this, it’s best to avoid cumbersome cameras that’ll slow you down and tire you out.

As previously mentioned, street photography is all about capturing humanity in its organic state. The thing about people, however, is that once they know that a camera is present, they may start to behave differently or more consciously. To avoid this, a street photographer should choose a workhorse that is mostly inconspicuous—avoid cameras with shiny silver bodies or colorful housings.

For the same reasons, you’re also going to want a camera that can remain silent throughout operation. The click of a shutter is sure to give you away when you’re trying to stealthily shoot candid photos of your subjects, so opt for a camera with a quiet shutter.

Candid photos are hard to capture, and you can miss out on a lot of amazing shots if your camera is too slow when it comes to focusing. Fast (and accurate) autofocus is always extremely useful when shooting moving subjects.

When you’re shooting street scenes and subjects, everything always happens fast. For this reason, street photographers normally use fast shutter speeds to enable them to capture the action.

Obviously, street photography entails being outside and dealing with varying weather conditions. This may not be too important for some people as you can easily buy accessories to help you protect your camera from rain and other elements, but if you can, choose a camera that is durable on its own and has some sort of weatherproofing properties.

Again, not too important if you plan on using a monopod or tripod. But since those camera stabilizing tools are sure to make you stand out from the crowd, it helps to have a camera (or lens) with built-in image stabilization to reduce camera shake while shooting handheld. 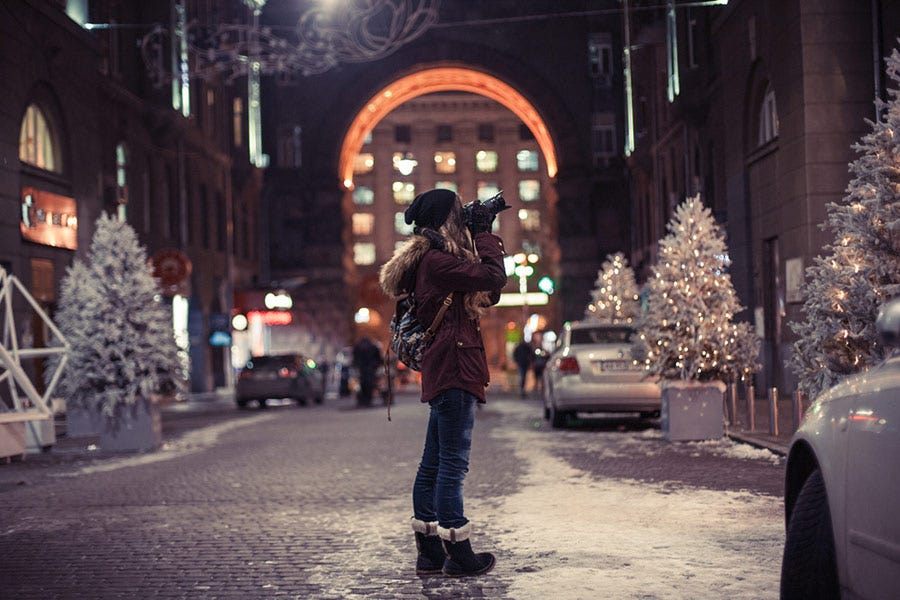 If you’re an aspiring photographer with hopes of building your skills and becoming a professional, consider investing in a mirrorless camera that offers manual camera settings and can deliver professional quality images in a more handy package. If you’re a beginner who simply likes taking snapshots, then a point-and-shoot or a smartphone with a good-quality camera may be the more favorable and affordable option.

On the other hand, if you’re feeling experimental or adventurous, maybe using a film camera can give you the unique results you’re looking for. And if you’re willing to go all out to produce the best quality images no matter the cost and gear size, a DSLR may be for you.

It’s always a case to case basis with a layer of factors to consider, but as long as you’re comfortable with your camera, then you’re ready to face the fun challenge of street photography.

How To Take A Good Selfie
February 21, 2018Simon Sharayha